BLOODKROW BUTCHER Tape, LA MISMA 7", and more in the Webstore 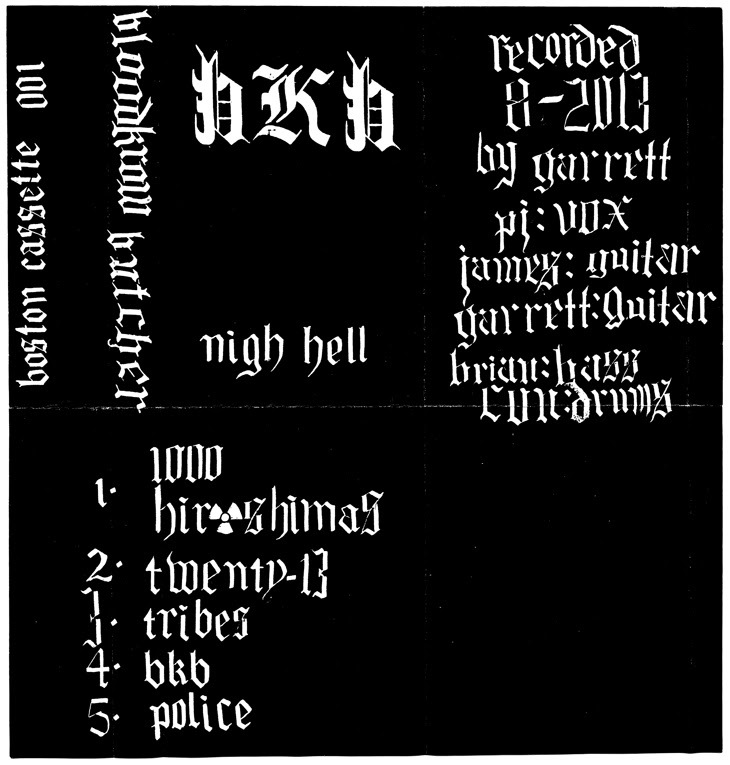 BLOODKROW BUTCHER "Nigh Hell" Tape ... their final recordings from their would be LP. A bit different from previous BKB output, but awesome nonetheless.

Other stuff in the webstore for today ... a bunch of TOXIC STATE stuff including:

"Latest missive from this Richmond-via-Baltimore fanzine that's become as much of a visual treat as it is to read. William makes a point of prominently featuring his own illustration and collage in issue #5 alongside interviews with Austin's BLOTTER and Chicago's OOZING WOUND. Also included are record/zine/movie reviews and a few contributions from friends. On top of that a two-color original print from William is included with every copy. Cabin Fever declares itself as "the voice of the new flesh" with issue 5 and I can't wait to see where this voice takes us next."

You can click HERE to see what's new in the Grave Mistake webstore
Posted by GraveMistakeRecords at 9:31 PM