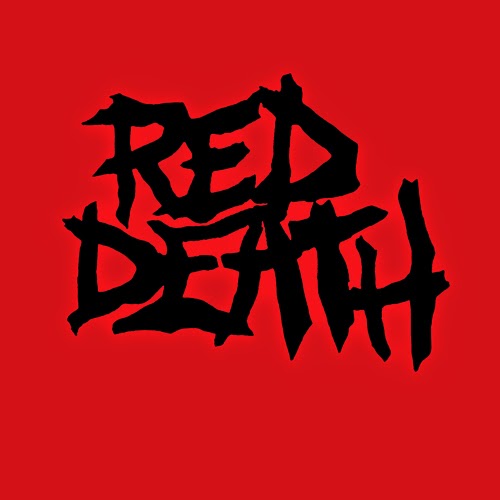 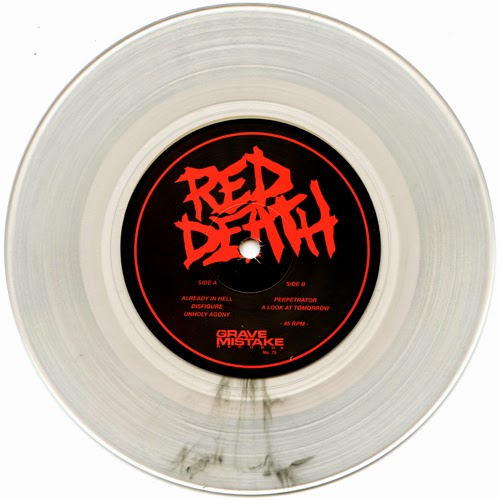 Last year, Washington DC's RED DEATH came out of the gate and obliterated everyone with one of the best hardcore demos of 2014. Their first recorded output channeled the sheer brutality and precision of crossover classics like Animosity, Cause for Alarm, and Best Wishes, without straying too far from the rawness and reckless abandon of hardcore punk. With their debut LP on the horizon (much more info on that in the coming months) and a decent amount of tour plans for 2015, it made perfect sense to get those demo tracks onto the 7" format where they arguably should have been in the first place.


What you get on this EP are four blistering cuts and a Discharge cover, all remastered for vinyl; the perfect introduction to one of the most promising hardcore bands going on the East Coast today.

We did 220 on limited CLEAR vinyl you can click HERE to preorder a copy in the Grave Mistake webstore.  These are scheduled to begin shipping February 16th, and the band will have copies on both their upcoming northeast weekend with AJAX and southern tour down to Badass Weekend III in Houston. Dates are as follows:

You can check out the demo on their Bandcamp page if you have yet to hear it. In addition to this 7", Red Death also just released a live tape with interview on the wonderful MOSHER'S DELIGHT and we have a few copies in the webstore now.

Speaking of new webstore goods, a handful of great new releases have been added since the last update, including the new GAS RAG 7", KROMOSOM/NOMAD split 7", GIVE Live tape, FREEDOM LP Promo Tape, FIRING SQUAD demo, AGENT ORANGE reissue LP, RED RED KROVVY 7", PODER ABSOLUTO 7", plus restocks on the S.H.I.T. first 7", INSTITUTE "Salt" 12", FORSEEN 7", CROWN COURT Demo, and both the GAS RAG "Human Rights" 7" and "Beats Off" LP! There will be a full webstore update later this week, that's all for now!
Posted by GraveMistakeRecords at 10:27 PM