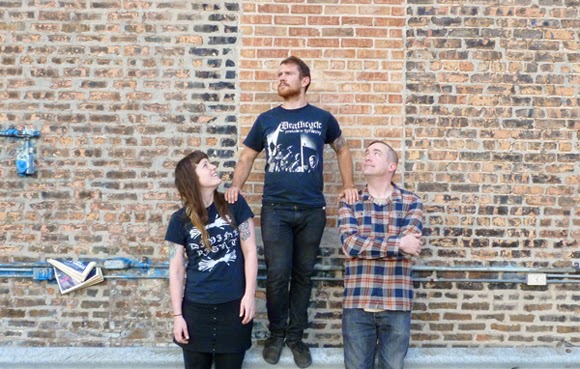 I have been hooked on EARTH GIRLS since their demo popped up early this year. While exchanging emails with Liz about picking up some some copies of the tape for the Grave Mistake distro, she shared with me four additional tracks that were planned for their 7" EP, mentioning that the band had plans to self release the record this spring.

I gave the the songs a listen, and another listen, and another - I think after the 20 or 30th straight listen I said to myself "I need to put this out" - so I politely asked them to let me release it instead. Luckily they were into the idea because there is no doubt in my mind that I would have resorted to begging (I have no shame).  We quickly got Drunken Sailor Records on board to do a UK release of the EP, and the rest is history (no pun intended).

Anyways, here we are now and I'm very excited to announce that the Earth Girls "Wrong Side of History" 7" is out this week.  I'm currently taking a break from packing up all of the preorders to write this, and we are thrilled to have the full EP streaming over at Noisey so give that a listen because I know you will thank me later.  The record should be available for download on both Bandcamp and iTunes in the very near future, and the vinyl should be popping up in your favorite stores and online distros shortly as well.  Of course if you'd like to carry copies for your own store, feel free to drop me a line.

Expect much more from Earth Girls in the near future, as they will be working on recording a full length next month and will be playing a few shows as well (including a couple of East Coast shows).  You will find info on those below.

We already have a great review of the EP over at Punknews.org, which you can check out HERE if you need further convincing before picking up a copy of this 7" (and yes, we still have some colored vinyl available for mailorder). Here's a bit of what Rich at Punknews had to say about the record:

"I do wonder sometimes if bands/labels etc. deliberately schedule releases for certain times of the year. It's glaringly obvious on occasions that particular releases just fit in with a season or period of the year and this debut single from Chicago, IL's Earth Girls is one of those that gives me cause to consider that my theory actually has some veracity. The four songs featured on this 7-inch just scream out spring and summer to me, such is the light and breezy quality they all contain and which must be considered as the signature sound of the band.

Earth Girls are made up of current/former members of bands such as Broken Prayer, Boilerman, Libyans and Daylight Robbery so the end result of this trio recording together could have gone in many ways but they settled on an approach that takes me back to the bands that were collected together under the C86 tag by the "New Musical Express" back in the 1980s. To narrow it down further, for me Earth Girls summon up the spirit of the Shop Assistants with a fresh and invigorating feel to songs that have all combined the right catchy elements to make them instantly memorable and ultimately unforgettable: although the sound is probably closer to being defined these days as garage power-pop than pure indie music."

July 27 - Township (Chicago) w/ Daylight Robbery, Endless Column, Split Feet, Udusic
And just in case you missed this one too:

SUPERCRUSH "Lifted b/w Melt Into You (Drift Away)" 7" also out this week! 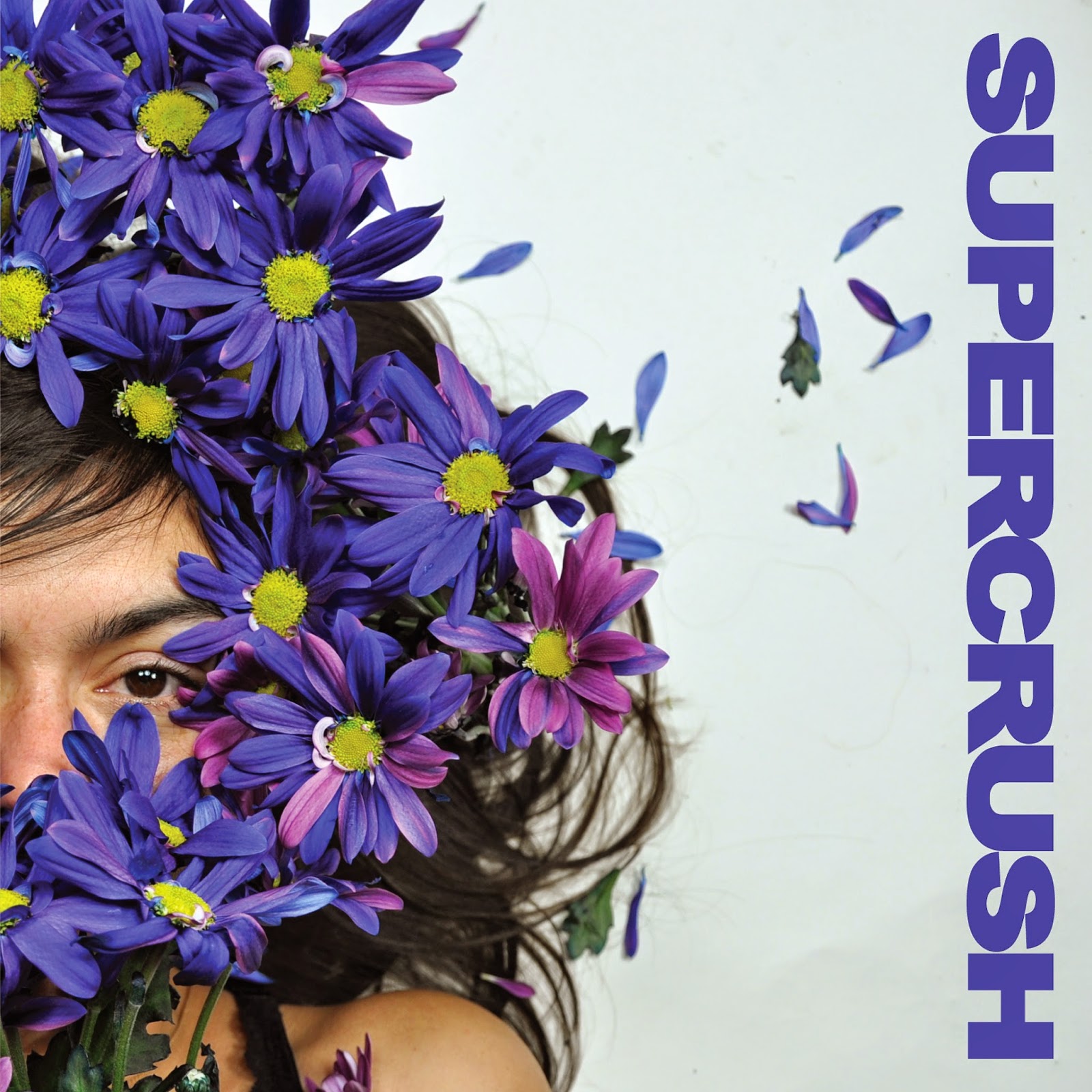 "Although best known for playing in a long lineage of hardcore, punk, and metal bands, MARK PALM's focus has always been song- craft and pop sensibility. After finally embracing all that is sweet and sublime as the primary songwriter of San Francisco's shoegaze darlings MODERN CHARMS, Palm continues to explore the saccharine side of things with this latest project, SUPERCRUSH. While not a carbon copy of any one band or scene, the sounds of Supercrush will likely appeal to those with a taste for much of the "alternative" music of the early 1990's, from both North America and the UK. From Brits Swervedriver and Teenage Fanclub, to American counterparts like Sugar and Smashing Pumpkins, and even often overlooked Canadians like The Doughboys and Sloan, the common denominator is meticulously crafted pop gems, something that Supercrush also strives to achieve. Two blissful, hook-filled, syrupy-fuzz-pop anthems; so classically '90s, yet so now."

Didn't this record come out last year? Yup it sure did, in a small run on Bedside Records - but Grave Mistake has been given the honor of handling a repress of the record to hopefully get this incredible single into more hands and ears.

I'm sure I've mentioned this before, but this 7" was my favorite release of 2013.  When the A-side popped up online early last year I was blown away. I quickly tracked down Mark from Supercrush's contact and essentially begged him (see I told you I have no shame)  to send me any other recordings he had for the band / project - which ended up being only one other track; the B-side to this single. The weekend I got these songs, I remember driving back to Richmond from DC and I must have listened to them on repeat for the entire two hour trip.

When Mark contacted me earlier this year asking if I'd be interested in doing a repress of the single - well there was absolutely no way I could have said no. While the EP is arguably a bit further of a departure of what Grave Mistake has released over the years - what it comes down to is that I am going to continue to put out music that I love and there was no way in hell I was going to pass up the opportunity to re-release this single.

So, what this is all leading up to is that the Supercrush 7" is once again available to all of you who missed the boat the first time around, or didn't even know about it until know - so head on over to either the Grave Mistake or Supercrush bandcamp and give this thing a listen.  While the band remains a part time project, they are working on some new material which will hopefully see the light of day later this year.

You can order both the Earth Girls and Supercrush in the Grave Mistake Webstore along with a TON of other distro releases from all of your favorite bands and labels - and of course feel free to drop me an email if you had any questions about wholesale, trading, promos, etc etc. Most Grave Mistake releases are streaming on the label's Bandcamp page so head over there and check em out.

Thanks for reading
Posted by GraveMistakeRecords at 10:10 AM